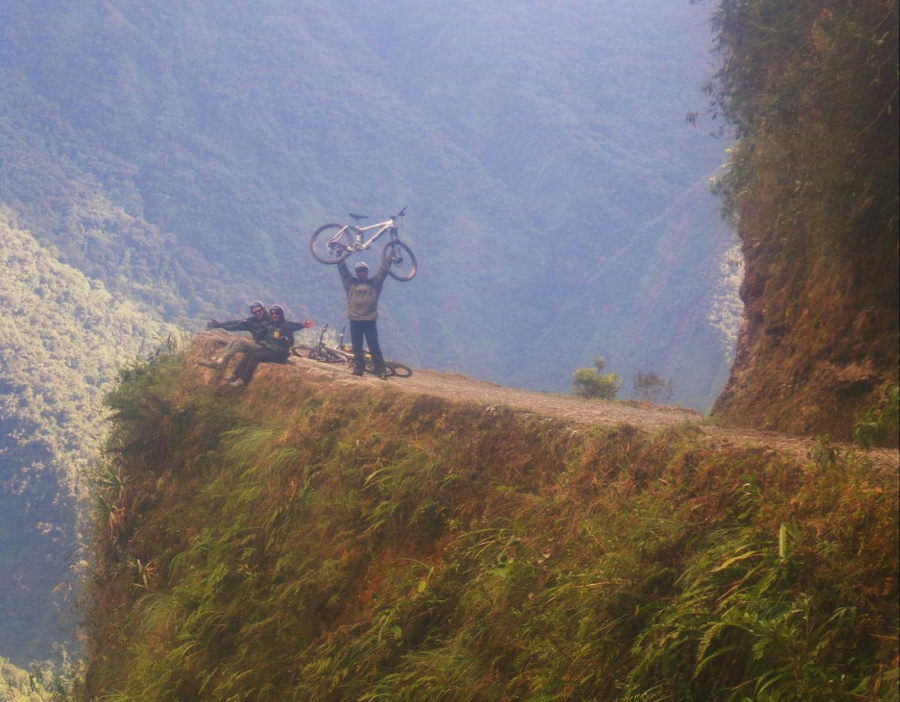 I was blown away because, in a single day, I realised what I wanted from life.

It happened in Coffs Harbour in June of 2013, when we were traveling in a camper van down the east coast of Australia.

Here are some visuals of that road trip.

In this article, you’ll learn about ….

I hated my job and I had no idea why.

The elements of the job were great – the people were great, I loved solving problems as a team and improving the way things were done.

But they were few and far between.

Too much of my time was spent feeling, well – bored.

I kept thinking something was wrong with me because no one else around seemed to feel the same.

So I tried to simply accept it and forget about it.

But the uneasy feeling that something was wrong kept coming back.

I tried a load of stuff, including….

I was asked to do a test, as honestly as possible. I did it and the results said that I should get a job in IT doing exactly what I was doing – designing. How frustrating!

I tried doing more. Getting involved in more things at work, coming in on a Saturday to help the support team deal with a virus, and working longer hours.

All too quickly though, I burned out. What’s worse, the more I busied myself, the more that feeling that something was missing kept coming up.

Volunteering for a charity on a Monday night

While it was lovely to volunteer for the charity – I was actually running the little shop they had which was full of pet goods (the charity was an animal hospital), it was 2 hours a week and that was simply not enough nor was it the right work.

Perhaps things would be different at a different company? I didn’t get any further than the interview with this one. Not only were they offering less money (which I would have taken for the right role), the interviewer’s phone rang twice during the interview and both times he held his palm up in my face mid-answer to his question like he was directly traffic. Not a great first impression.

And besides, I’d started to realise it was not the environment or the people, it was the type of work, so changing jobs into a similar role would change nothing.

Well, I loved travel, so I thought I could solve it by travelling more. The company I worked for had a great deal going. They offered a scheme that would allow me to ‘buy’ more holidays – well, not buy them but take a pay cut and be given what was called ‘life style leave’. This effectively doubled my holidays from the usual 4 weeks we get in Australia to an incredible 8 weeks leave! I started to line up trips, visiting all those far away places I’d always want to see.

Sadly though, while 2 months a year holiday was great, it meant that I still spent 10 months at work.

By this time, I was out of ideas. Except for a niggling little voice…

I’d always wanted to take a year off.

A year off to travel.

I’m not sure why.

Up until this point (35 years old), I’d told myself every excuse under the sun not to do it… I’m too old, I can do it later in life, I’ll lose my career, I’ll never be employed again.

So I asked my manager for a career break (18 months off) and he said yes!

Leaving that meeting room, I was excited!

I could have done cartwheels down the corridor back to my desk.

Would I visit the travel agent to get a ticket first or start googling all the places I wanted to go?

Then came the final week of work.

I had tears in my eyes and absolute terror in my heart.

A wave of panic came over me.

Somehow I managed to calm myself.

The year that changed my life. FOREVER…

Once the trip started, I decided to try to forget about work for a year.

I wanted to simply live life.

To be in the moment.

I walked on glaciers in Argentina…

I mountain biked the world’s most dangerous road in Bolivia

And I lived in a small village in Tuscany.

But at the end of it all, I had a decision to make…

As the phone rang, I could feel my whole body start to tense up.

I took a deep breath and reflected.

In that past year, I had experienced a freedom like I’d never known.

And something else was abundantly clear.

I didn’t want to go back to my old life.

The scariest conversation of them all…

I had to tell my father.

Now, for an adult in his mid 30’s, that sounds silly doesn’t it?

But Dad had always been in my corner supporting me. He was very proud of what I had achieved.

I had to tell him – despite his advice and his best intentions for me – that I wasn’t going back.

I remember I was standing in front of the fireplace (which wasn’t on because it was summer) and I simply said “I’m not going back.”

“We figured as much,” Mum said, with Dad sitting next to her.

And while he had practical questions like how I would pay the bills, he accepted it.

I felt the greatest sense of relief and today, our relationship is better than ever.

The space that the career break had given me was what I needed to realise what I truly wanted from life.

So, I made the decision that was right for me and I resigned from the front passenger seat of our camper van just north of Coffs Harbour.

Today, I feel I am less constrained by what I think I should be doing and feeling more empowered to make the choices I really want.

I’m living a life where I am doing what I love, creating things that are truly important to me. I’m also happier and healthier than I’ve ever been.

It was from this that the notion of Ideal Life Process was born.

Ideal Life Process is about taking you from living an uninspiring, disengaged life to the life you really want to live.

When you are in the thick of it, trying to do a great job, involving yourself in everything and trying to ignore that niggling voice that is telling you something is missing, it is nearly impossible to decide what you really want from life. Step away for a bit, give yourself some space and ask yourself what you really want.

While there’s a lot more to this process, here are the main elements:

I’ve gone through quite a bit of heartache and pain in my quest to fill that gap that is missing in my life. The biggest lesson was realising I needed time away to give myself the space to work out what I wanted then I could proceed from there.

Just remember, getting in touch with what you really want will happen if you give yourself some space. And you may not need a whole year to realise what you want (like I did!) Even just start with the audio program.

I hope you’ve learned a lot from this Big Aha.

What has been most helpful? I’d really love to know. Please share in the comments.

Get the "Discover What You Really Want" Audio Program
You'll also get email tips to get unstuck and find your next calling.